After countless months of planning, fundraising, and strategizing, our end-of-summer installment of Cali Dance Camp came and went in the blink of an eye. Campers of all dance levels, ages, and ethnicities began flooding in from around Los Angeles at around 5 pm to spend the weekend with us. Before long, everyone was enjoying a delicious Mexican-themed meal by Chef Jorge. After dinner, the participants were escorted up to their personalized cabins, where they changed into their dancing gear and headed back down for the traditional selection of camp teams. Flashmob, Team Narwall, Group1, Group2, and Group3 were chosen as the group names and a custom dance salute/greeting that they performed upon entering the building before a meal. It can definitely be said that the bar was raised at this camp, and a new standard was set. Clever, funny, creative, competitive, or just plain fierce could be used to describe this year’s crew dances – which only set the pace for what was to come.

After a brief powwow between the team members of the newly selected cliques, it was time for the camp’s Welcome Gathering! It was a full house at Camp Hollywoodland when the Dance Engagements Agents kicked off CDC 2013 with a heart-pounding, edge-of-your-seat performance on Friday night. After the meet and greet with the Directors, Coordinators, Instructors, and Staff, the opening counts to our original “CHiC Camp-Dance” were taught to everyone before we headed back up to our cabins for lights-out. Saturday greeted us with beautifully warm sunshine bursting through the early morning clouds as the groups and their leaders rallied below their cabins for the trek down to the chow hall. Fully satisfied and energized with a plentiful yet nutritious breakfast, the campers began their long day with a quick warm-up and stretch session before the first class at 9:30 am.

Open Hip-Hop, Open Flags, Advanced Modern, and Advanced Contemporary were the camp’s opening options for the first round of classes – followed by Open Ballet, Open Drill, Advanced Lyrical, and Advanced Flags from 10:40 – 11:40 am for session #2. The next set of classes at 11:50 am included Open Jazz-Funk, Open Modern, Advanced Flags, and Advanced Lyrical, followed by an outdoor picnic lunch from 1 pm – 2 pm consisting of gourmet sandwiches catered for the students. After lunch, students were given the option of choosing from 2 different group activities. A little more than half of the camp opted for the hike up to the caves, where the original Batman television series was filmed in the hills of Griffith Park from 1966 to 1968. The second Group Activity option available to the CDC 2013 participants was a Team-Building class to improve teamwork and leadership skills. For round 4 of the classes, the aspiring dancers chose from either: Open Jazz-Funk, Open Modern, Advanced Flags, or Advanced Lyrical, and finally, the classes for session 5 included Open Lyrical, Open Belly-Dancing, Advanced Contemporary, and Advanced Hip-Hop to wrap it up for the day. With an hour to kill before lunch, the camper was given a chance to rest up, enjoy free-play or take a break from dancing altogether.

Dinner featured homemade Southern fried chicken, a veggie medley, and mouthwatering mac ‘n cheese, topped off with the best apple pie any of us had ever tasted. Luckily, the 2nd round of the Camp-Dance lesson was on the agenda following dinner. It helped burn off some of that deliciousness we had just devoured! CDC tradition includes a bangin’ Saturday night party, and as promised, Dj NME rocked the house at the Pajama-themed Party from 9 pm – 11 pm. After a few post-party group pictures, we all called it a night and hit our beds like sacks of potatoes… everyone was exhausted.

It was hard to believe how fast time flew by, but it was Sunday morning, and the end of CDC 2013 was fast approaching. After breakfast, the entire camp took the 3rd and final Dance-Camp class to review what they had previously learned in hopes of taking home a 1st, 2nd, or 3rd place medal for the Dance at the closing ceremony. The highly anticipated Show & Tell Showcase kick-started the Closing Ceremony for CDC 2013, and boy, oh boy, did it deliver! The lineup included Orlando’s dramatic Lyrical piece, Arody’s touching Modern piece, the flawless 319 Dance Art, LACDC’s JM, Gabriel’s entertaining tribute to every genre of Dance within the last 50 years, the electrifying Sensetion from America’s Got Talent, 319’s Beatriz and touching Ballet solo, Trey from Sensetion and last but not least, an homage to the King of Pop – Michael Jackson by the Dance Engagements Agents.

The levels of excitement, energy, and love were through the roof! The pumped-up crowd got ready for the awards, and it was time for all of their hard work to pay off. All in all, it was an amazing, educational and inspiring weekend filled with n endless supplies of lifetime memories. We’re very Thankful to Everyone that helped make CDC 2013 happen, starting with our outstanding staff, instructors, volunteers & Participants! 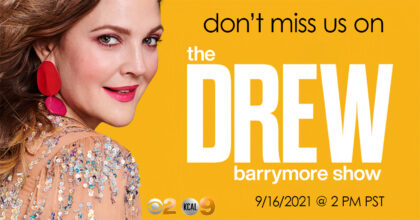